skip to main | skip to sidebar

Here are some observations from the first night of the second series of debates.


Eight of ten democratic candidates on the stage were from rural areas of the United States. This makes a lot of sense since Donald Trump won the Electoral College with the power of the rural vote. The Electoral College hails back to the earliest days of our republic. James Madison was concerned about dominating factions who would operate at the expense of the country as a whole. The pioneers of America pushed west, and faced dangers on their lives, liberty, and property. The lack of judicial adjudication in these western borderlands was a primary cause of the Revolutionary War. The Proclamation Line of 1763 gave American pioneers notice that England was going to side with Native American over the colonists on property arguments. Rural people receive over representation in our government. If you compare the state of Wyoming with Los Angeles California, then Wyoming residents get 1000 times more representation and voter impact than Los Angelos residents. The over-representation of the senate makes our government inefficient and biased toward rural America. As a result, the candidates I saw yesterday are beginning to include rural rhetoric in their speeches and responses.

Political polarization has become a biporduct of economic geography and population density. In the Keystone State the Republican "T" is formed when Pittsburgh and Philadelphia are removed from the state. People in rural areas tend to be Republican. In 2017 people have began to migrate away from metro areas in major cities. Since most of these cities are in the northeast and mid-west, they are also over-represented in the senate and the electoral college. In Pennsylvania as well as the nation party divisions are becoming based on rural versus urban, instead of conservative versus liberal.

I had spent 20 years in rural western Pennsylvania. People that live in these areas face challenges that people in urban areas do not face. Sometimes they need to dig a well to get water, dig a septic system to remove waste, drive once a week or a month to do grocery shopping, and face snow and grass maintenance ten times more than in urban and suburban areas. They tend to have a pioneer spirit that encourages canning, clothing exchanges, and versatile vehicles like trucks. When a suburban person takes a drive, they may be just trying to get out of the house. Rural folks bundle their runs by swinging by a wood lot on their way home from work to pick up another month of firewood. This survival can-do attitude keeps society simple, and not prone to complex solutions to problems. Political solutions like Trump's border wall resonate with many of them.

In a few years we may be changing party names from Republican and Democrat to Rural and Metro. We need visionary leaders who will embrace the rural vote, and incorporate the pioneer can-do spirit into a vision where individual initiative and hard work are rewarded for everyone. 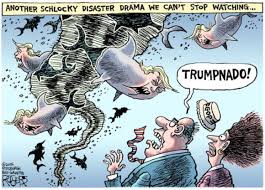 Build a wall or restore the draft? @realDonaldTrump 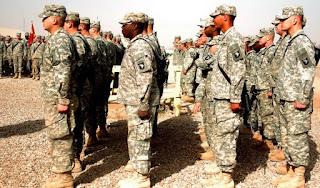 Donald Trump is promising to build a wall to stop the flow of immigrants who are taking away American jobs and terrorizing our nation. What happens if we build the wall and it does not work?

Illegal immigrants may find ways around the wall by air, sea, and tunnels. They could also take jobs that no one else would want. The immigrants who are willing to take these risks and work this hard are the ones who are most likely to take American jobs. Illegal immigrant children may go to other countries where there are less barriers. They may also choose to stay in their country.  But, children immigrants pose no threat to taking American jobs.

People need to tease out the reasons for building a wall in the first place. We have gone from one income families to two income families. We are beginning to sacrifice time to work three jobs and incomes. It may come to a transition for both husband and wife to work four jobs. This difficult transition represents our response to a lower standard of living. Our income is currently not meeting our standard of living. The squeezed out priority to maintain this standard of living is too often attention to our children. People are unhappy about neglecting their children, so they are voting for Trump.

Higher pay American jobs may have been lost for other reasons than illegal immigrants. The workforce needs people who have high levels of technical skill training. Many of these skills can be acquired by employing people Online in countries with a lower standard of living. Some companies have also recruited immigrants to come from other countries to work for them. The need for technical skills will continue to drive immigration.

So, instead of building a wall there are other simple alternatives. A Democratic Party solution could be to revive depression era programs like the W.P.A. A Republican Party solution might be to require military service for two years where people can receive intensive technical training. These are easy solutions to the complex problem of illegal immigration which goes deeper than just building a wall.

I am sure that if Mr. Trump began talking about restoring the military draft and using it to retrain the workforce that his solution would not be very popular. However, if we are going to pursue a simple solution to a complicated problem this is one way for it to work. Is this the end game Mr Trump?